My daughter Lucie turned 10 last month so I wanted to throw a big party to celebrate this milestone. Like her Mum, she’s hooked on music with a beat so the obvious theme was ‘disco’.

I needed to find a practical venue and entertainment program that kids aged 7 to 11 would enjoy and participate in and without the risk of sticky beer floor or illicit pills being found and digested (a la Jude Law’s kid party a few years back)... 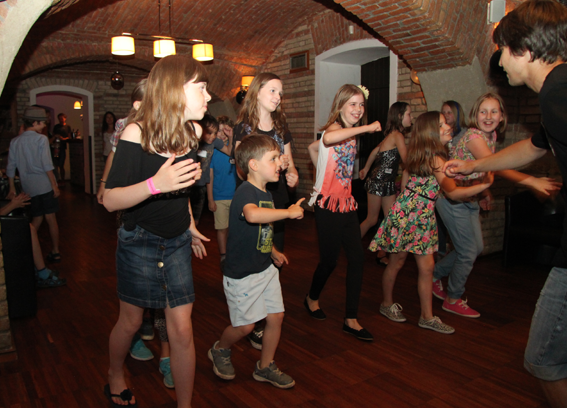 I had a million things going on at the time and the month was racing by so I contacted Marketa (and Mima) from Faboo - the Kids Party People for help. We simply met, worked out the date, the venue and the program, all I had to do was pick and choose what Lucie wanted. 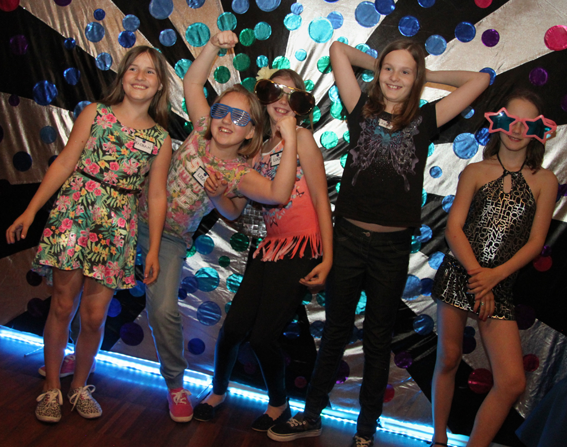 Marketa suggested Perte Restaurant on Korunni in Vinohrady as it was near to my daughter’s school and had a massive basement area with a separate dining area, toilets, bar and party room - all completely separate from the restaurant above. After viewing the space I negotiated a per child price with the owner for unlimited juice and water, 8 pizzas, and platters of chicken, raw vegetable sticks and fries, this covered the hire of the venue and staffing. We also had an open bar for the adults which I paid for separately after the party. 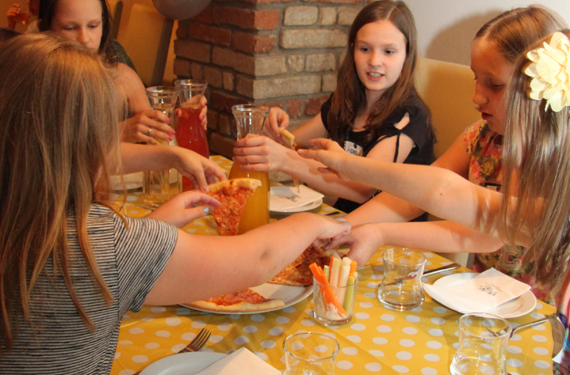 Invites were sent out to classmates and old friends, on the day we had 16 excited kids turn up mainly Czech speaking but some speaking only English, many were bilingual. 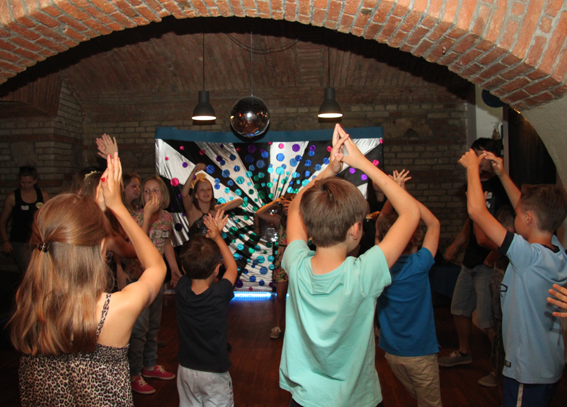 There was also a mix of ages from 2.5 to 11 years. Surprisingly all the kids got on great and had a brilliant time, this was due to the excellent young male and female entertainers who made them all feel welcome, they got to know each one as they arrived and addressed the kids in both languages, kept up the pace and kept them all moving. Participation was 100 percent and with smiles on their faces, even a couple of shy boys who were initially reluctant. 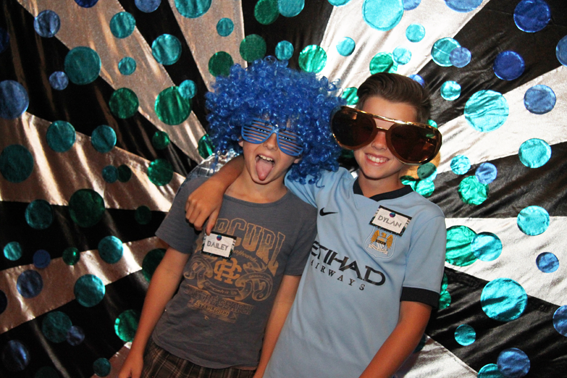 My daughter was asked to compile a playlist of 10 of her favourite songs, these were played throughout the 2 hr party much to the kids delight, along with other ‘top forty’ hits. For the early part of the party when kids were arriving we had a hair and nail bar set up (tweener version of faceprinting!) and one of the entertainers styled kids hair with coloured hairspray and painted their nails which they loved. 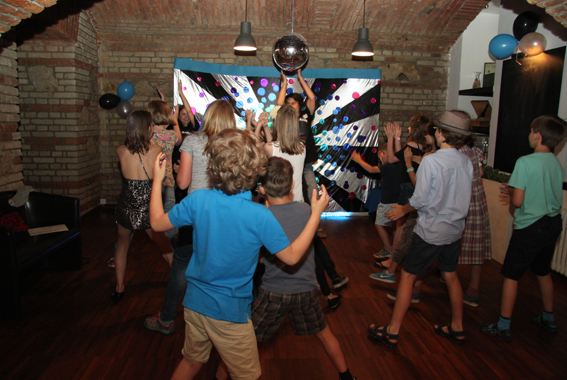 The decor was fun and colourful, we had a backdrop that doubled as a photo/selfie-wall with wigs and glasses for the kids to try on and play with plus a retro mirror ball which I assumed was real - that was until Lucie pulled it open and candy spilt out - it was actually a pinata!! 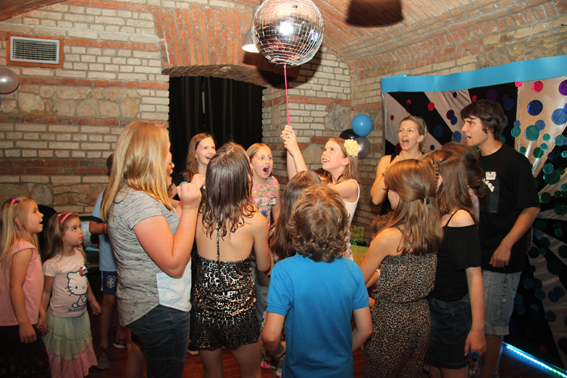 The entertainers played lots of games with the kids - partner dancing with a balloon between you that you had to keep from dropping, statues, conga lines, hula hoop competitions…. I’m sure there were more, but the time really did fly by, there was really no pause for boredom or mischief. 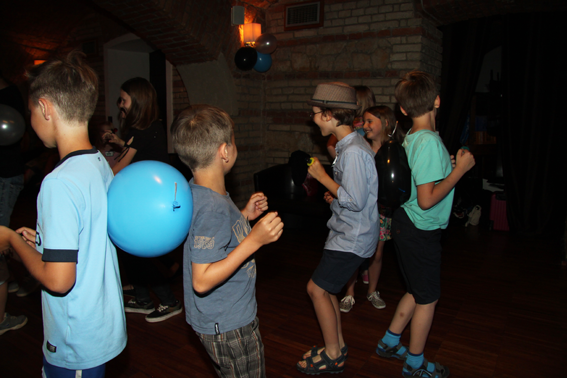 Faboo also had their famous candy table with all sorts of disco-themed cakes and lollies, along with this and the cake there was no need to order any deserts from the restaurant. 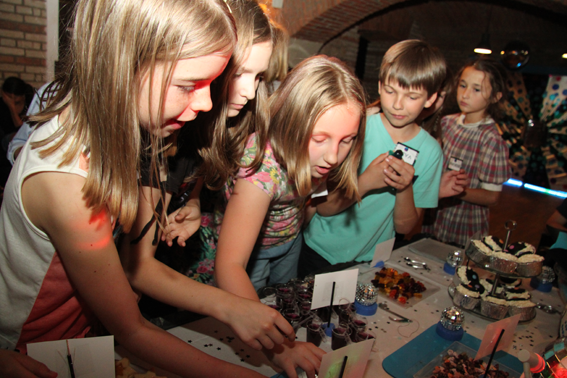 I also delegated the cake to Faboo who have the most talented cake maker on speed dial. We used the web to find the design - anything is possible - and voila we had the most amazing creation arrive on the day. All I had to do was choose the cake type and filling - we went with vanilla and a cream and strawberry filling - OMG, it was the best cake I’d had in ages and lucky for us we had a lot left over to take home!! 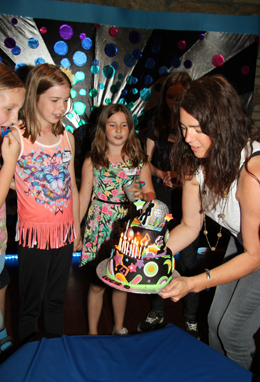 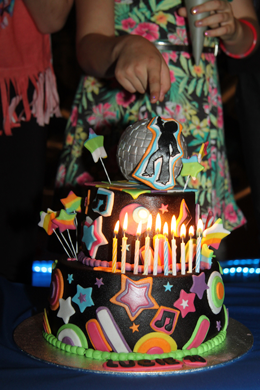 Faboo also gift wrapped a present for all the kids to take with them - a rubix cube, which the kids were thrilled to receive. Darina and I have worked with the Faboo girls on 4 events over the past 4 years so we know what to expect - and that is that everything is done for you perfectly with big and small guests satisfied. Perfect!!! 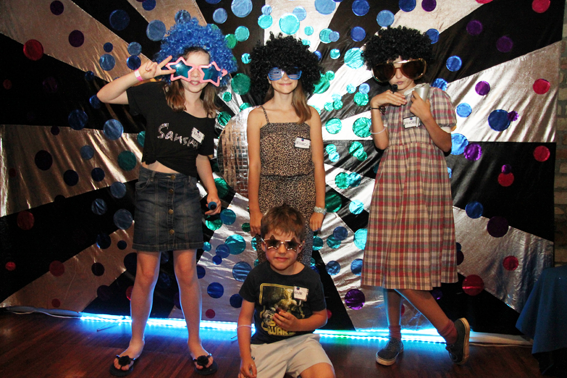 The best part was watching all the happy, smiling faces - we could have easily continued for another couple of hours as the kids were primed and ready to dance on for ages, comfortable and bonded as a group.