I must say I had a bit of a laugh discovering that this park with lakes and a playground is named Central Park. Considering that you drive into small village with 5 1/2 inhabitants and only one (so to speak) ‘restaurant’ honorably named La Mirage! We’d had the pleasure of visiting the real Central Park in NYC so it was thrilling to visit it again in Prague - Stodulky. 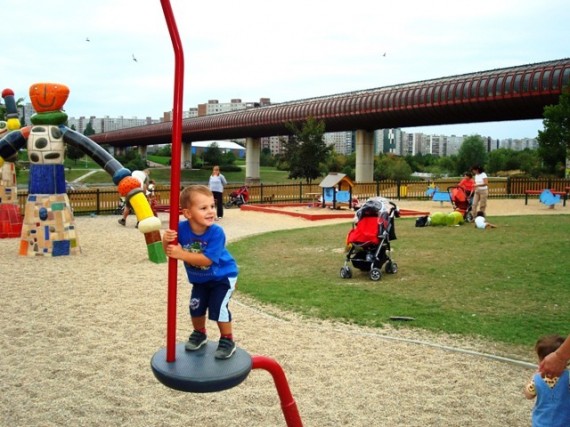 This playground is close to Zlicin Avion Shopping Centre, IKEA and the Nove Butovice Shopping Mall and is easily reached by metro or car. Knowing this district very well, I can say that this is one of the best playground locations in the area. Just to explain - the playground is within the Prague 13 district which is named Stodulky. Stodulky has many sub-districts and the one with this Playground is called Luziny. This is also the name of the nearest Metro station.

The reason I decided to write about this playground is not only the playground, but the park itself which has a lake within it. There are not so many lakes in Prague and I find that any time of the year its great to take a refreshing walk around it. The lake isn’t the only one there, it’s fed by a stream that runs through Luziny and connects with other smaller lakes. In Summer many people go In-line skating, stroll around with prams and teach kids how to ride bikes. In Winter we go and feed the swans that are so domesticated that they nearly come right up to the pram to help themselves from our lunch boxes. 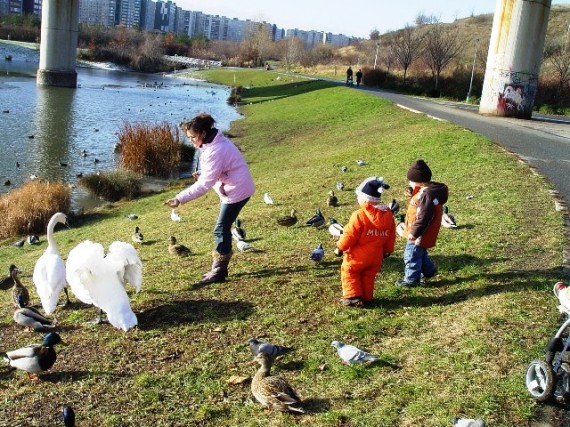 Another attraction for kids are the planes flying overhead in short intervals (The Airport is just 8 min away by car). Even better is the tube of Metro cutting the sky above the playground. Every 3 to 6 minutes a metro passes through and my boys always stand motionless observing it. It is really thrilling for small kids to see such a show and I have to say I was watching it with joy myself.

It would be nice to have a kiosk close to the playground or a food shop, but since there are none - you might want to bring all your refreshments with you. 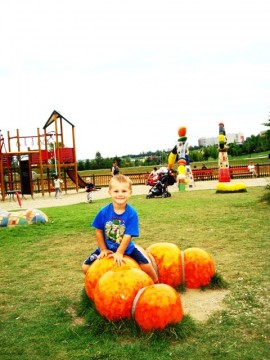 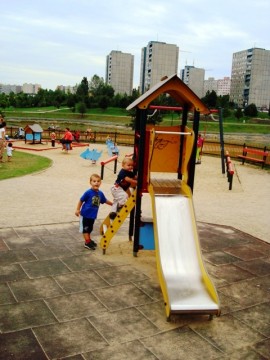 Central Park itself is 39 acres - which is a lot of area and is the starting point for the Bicycle Greenways Prague-Vienna pathway. To explain better what that is: The Prague-Vienna Greenways is a 250 mile long network of hiking and biking trails between Prague and Vienna. Travelers can walk or bike between historic towns and villages, visit romantic castles, medieval churches and monasteries, discover old Jewish sites and savor some of the most picturesque countryside in Europe. The routes stretch along the Vltava River Valley in Southern Bohemia and the Dyje River Valley in Southern Moravia. In another words, the Greenways is the name of the most beautiful bike and hiking trail connecting Prague to Vienna. 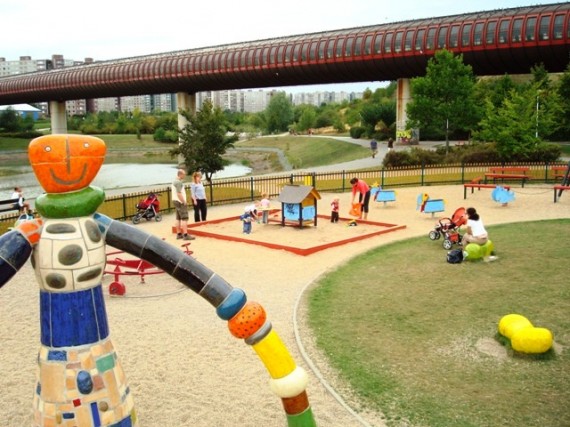 Warning: be ready as the playground finds itself in the middle of a huge Communist block of flats. Luziny Flat estate was one of the most modern developments built during the past regime. The flats were given away mainly to military workers. The good thing about it - you can feel pretty safe! 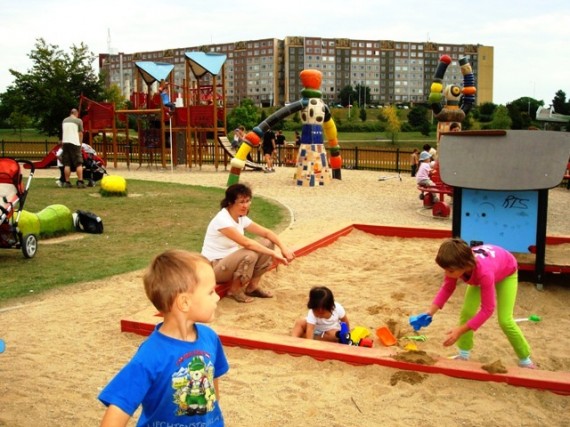 DIRECTIONS: By Car: Make your way to Jeremiasova street and turn into pod Hranici street where you should be able to see the playground and the lake. By METRO: Take the yellow line B to Metro station: Luziny.