Playgrounds on 06 September 2008 by Darina

This playground is so well hidden, that as I was standing right in front, turning in circles I coudn’t see it. It is right in the heart of Prague 1, behind the famous department store Kotva. The best think about it is, that it is so close to cafes, restaurants and shops, that you can plan half of your day around it.

When you get to the actual place, you will first see basketball and tennis courts. Last time when we went there, they were still doing some surface work, but hopefully it should be finished by now. The four workers were sitting around, resting and drinking beers - such a typical work pace in the Czech Republic. 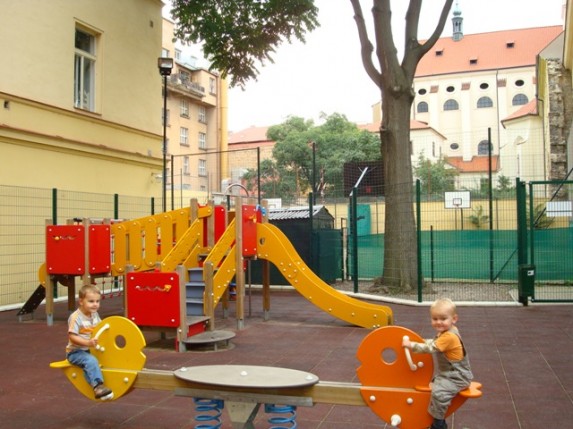 Follow the sign “Detske hriste” with an arrow and you will find it right behind those basketball and tennis courts. It’s completely surrounded by buildings, which makes it very safe. The parting wall is nicely painted with Czech fairy tale scenes by Lucie Seifertova. Nicolas was respectfully checking the figure of a devil. One side of the playground has a beautiful view of a large church. 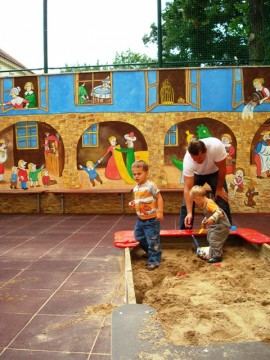 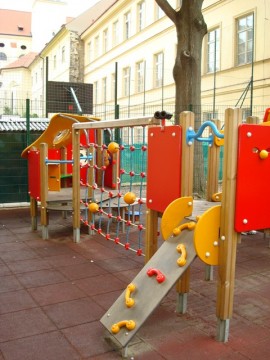 The climbing house is well designed even for the little ones. There are swings as well as a sand pit. There is a note written in Czech stuck to the sand pit that says “Don´t take the sand out”. The toilets are clean and available all the time. 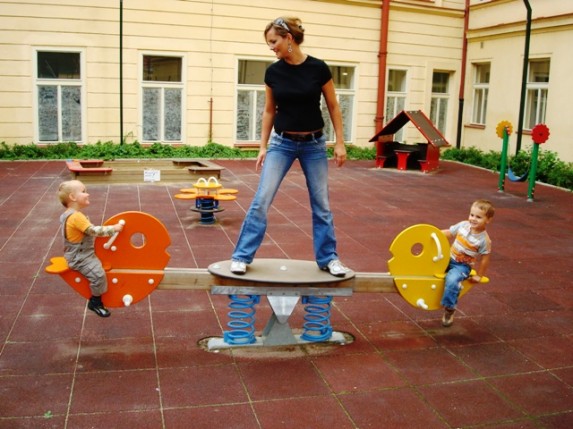 DIRECTIONS: It is 2 minutes from the metro stop: Namesti republiky. Go towards Kotva department store and it’s the second street behind. Trams: 8, 5, 24, 3: tram stop: Namesti republiky.  Bus no: 133 to the same stop. By car: there is a payed parking right under Kotva or Palladium shopping mall right opposite. They are both at the end of the Revolucni street.