The Czech National Museum (Národní muzeum) is the large building with a distinctive green dome, located at the top end of Wenceslas Square. If you have not had the chance to see it yet, then you have until the end of May 2011 to plan your visit. After this, the entire building will be closed for at least 5 years for renovations. A major overhaul is planned and the current old-style exhibits will be transformed into ultra-modern, interactive displays.

The museum was founded in 1818 and its aim was to gather, prepare and publicly exhibit natural scientific and historical collections. Currently the museum contains several million items of material concerning the areas of mineralogy, paleontology, mycology, botany, entomology, zoology, anthropology; and also archeology which is mostly concerned with the period from Neolithic times to the 10th century BC.* 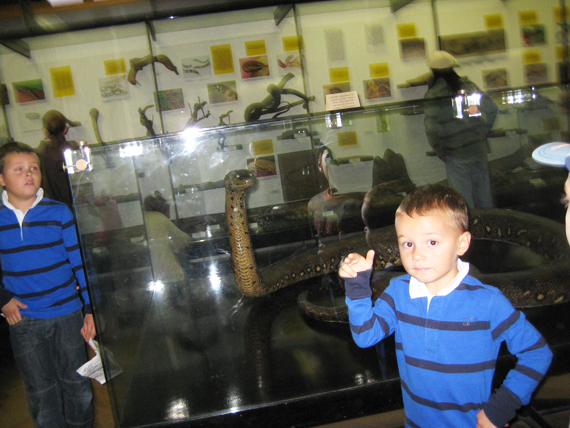 If visiting with children, I would recommend starting right on the top floor and then gradually working your way down only taking in the exhibits that may be of interest. My 2 boys were particularly mesmerized by the stuffed animals (including the mammoth, giraffe and large snakes, all of which were very true to life). 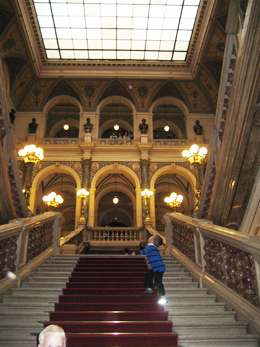 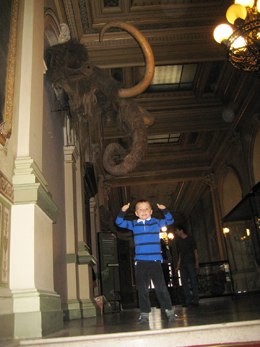 They were less keen on the clay pots, pans, insects and sea shells. I personally had to marvel at the tall doors, walls and ceilings as well as the parquet floors which made a lovely creaky sound with each foot-step made. The entrance to the museum and the halls which lead to each room of exhibits along with its stunning staircase has been the back drop to many a Hollywood blockbuster, including James Bond (Casino) and Tom Cruise’s Mission Impossible series. Regular concerts are held on the stairs in the upper hall. A few years ago, my husband and I attended a piano recital of Dvořák’s Slavonic Dances right here. The set-up was charming and original with the piano located at the mid-landing and the members of the audience sitting (on pillows) on each side of the opposing stair cases. 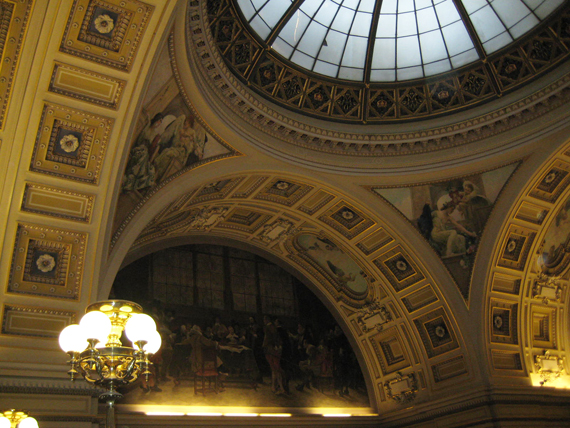 The only kids’ specific section of the museum at the moment is the small dinosaur section located on the 1st floor. Here one will find a wooden model of a stegosaurus and some wooden puzzles that children can play with. Apart from that, I have to say that most of the museum’s cabinets and displays, which may at times appear slightly old-fashioned and not exactly chronological, have not changed in more than 100 years! 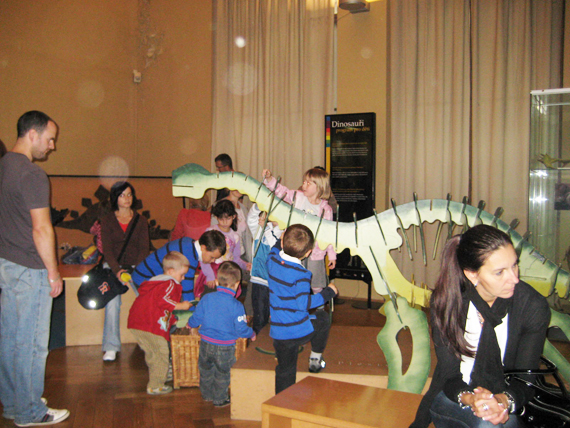 To make it a little more interesting for the boys, I gave each of them a blank exercise book, a pencil and eraser and after each section that we visited they had to sit down and draw a picture of their favourite exhibit. At the end of our tour, we also had a nice drink and bikkies at the Museum Café on the ground floor. 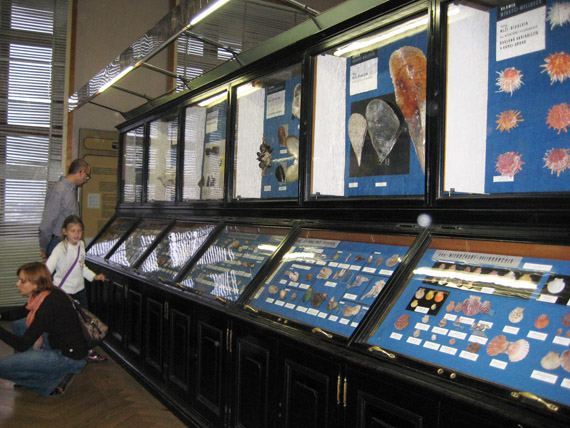 Don’t expect to be blown away by the National Museum (except for the interior design and paintings on the walls and ceilings, which are truly spectacular). The current organization of the museum’s rich display of items, may be charming in its ‘antiqueness’ and yes, it is extremely unique in the world – but just does not fit our current day and age. This is why the big change is coming mid-next year and the National Museum in Prague, following its modern mentors in other modern European cities, will never have the same old charm again. 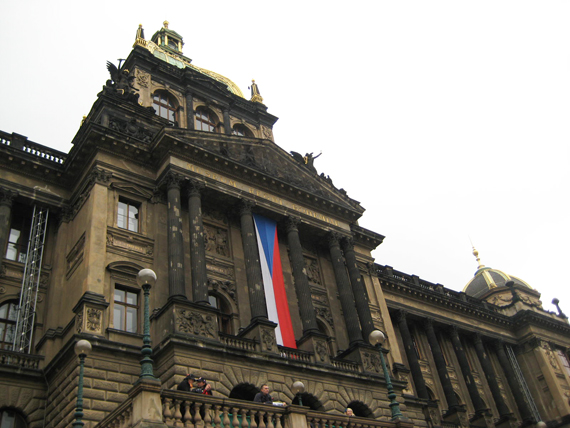 DIRECTIONS: Metro: Red Line C or Green Line A alighting at ‘Muzeum’. Tram: No: 11 stops at Muzeum. By Car: paid parking is available at Parking House ‘Slovan’, which is located between the Main Railway station and the State Opera House, which in turn is right next to the Muzeum Building.