Playgrounds, Activities, Day Trips on 07 May 2014 by Darina

You wake up in the morning, the weather is nice and you wonder, where you could take your family for a nice walk, bicycle ride, BBQ, experience and a bit of adventure to enjoy nature… here is your answer within Prague. Prokopske udoli (Prokopske Valley) stretches from Prague 5 Reporyje all the way to Prague Barrandov and Prague Hlubocepy. Trees, Playgrounds, BBQ spots, a petting farm and quarry with lake and swans. All this awaits you. 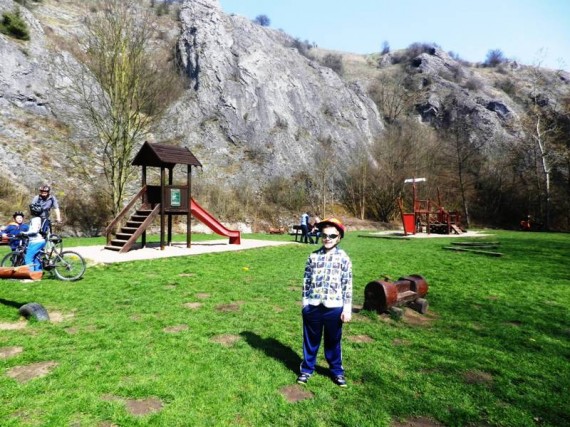 Since we’ve moved to Reporyje in Prague 5 we have heard all the nice things about it so decided to have a bicycle ride to Prokopske Valley. Our back-up plan was to ride all the way through the valley (down the hill from Reporyje) to Prague Hlubocepy and take a train back home in case the kids got tired. We eventually fought our laziness and managed to cycle all the way back home. Next time we would like to try the train because it it looks very romantic on the small train going through this beautiful nature reserve. 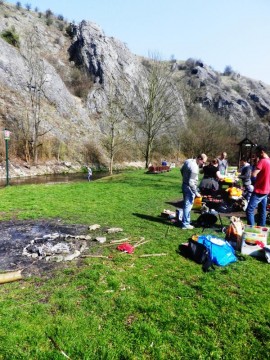 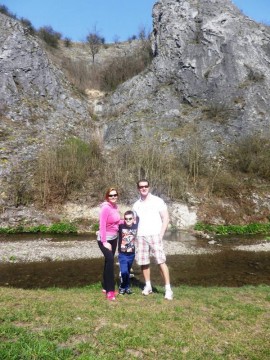 The local railroad track is not only a means of transport, but also a historical attraction – one of two railway lines leads through the valley, while the so-called Prague Semmering passes over Hlubočepy on two high viaducts. Whether you set off to Prokopské and Dalejské Valleys at any time of the year, the local landscape will certainly enchant you. I have taken these pictures at the beginning of spring… I can only imagine how beautifuly green and bushy it will be in summer time. 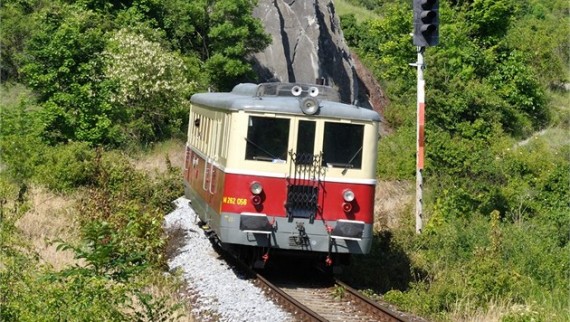 I have to say we tried to find the heart of the Prokopske Valley a few weeks earlier… we got lost and never made it to the main path lined with playgrounds that lead towards a beautiful quarry that is worth seeing.  We did have a nice bike ride but only in the suburbs surrounding the Valley. Funnily enough the same thing has happened to Larissa too and they ended up on some rock, looking down at the Valley. 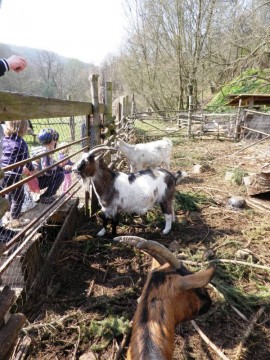 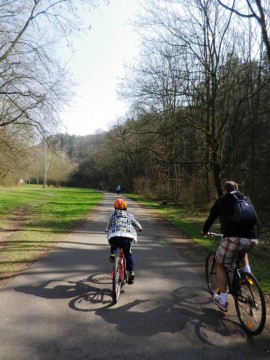 See, there are many path you can take. The most comfortable is the main marked path: “Naucna stezka” but you can always take a detour thought the forest and discover the beauty of this reserve. A significant part of the park is protected territory - a national nature reserve. 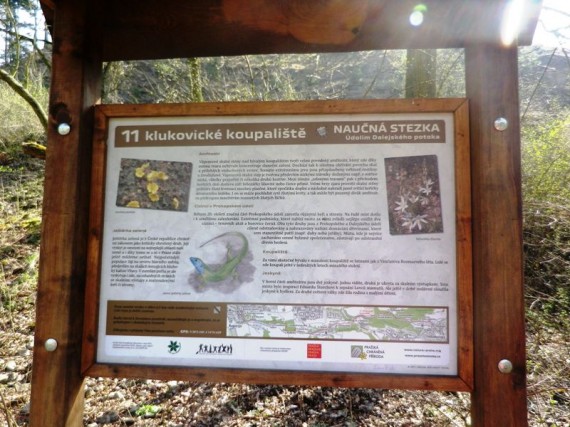 There are few places where you can have a picnic, do some grilling or set up roasting on an open fire. The best I found was by the Dalejsky stream right by the playgrounds. It’s called: “Klukovicke koupaliste. There was a group of families making their BBQ and I am sure they had to bring everything with them. The wood they must have taken from the forest I am sure. 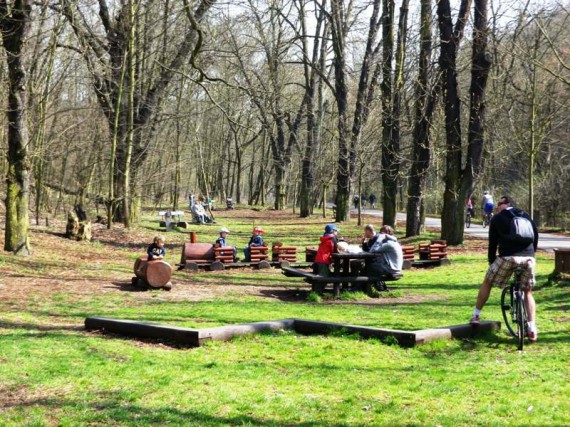 There is a small beach by the stream and if the weather was a bit warmer, my kids would have jumped in. Advice: have at least one towel with you :-)

You can easily spend a whole day here or just take a 2 hour walk. One of the attractions is a little petting farm with sheep and goats that can be fed freely. Standing there, feeding the sheep we hardly felt that we were actually in Prague… the valley is missing a nice restaurant with garden seating, but I guess it’s because it’s a National Park, maybe it’s better this way. I have a feeling they are building something like a new restaurant close to the Hlubocepy end, but apart from a few poxy refreshment sheds, with outdoor seating opened by locals, there is nothing. 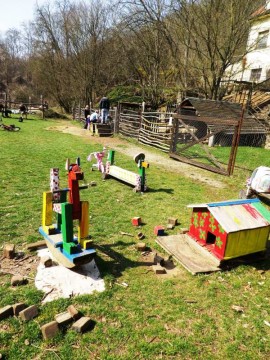 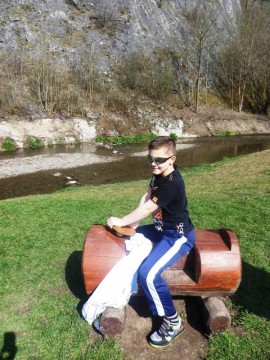 I recommend to take your own snacks, we stopped over for a beer and they served some roasted sausages, hot dog, potato pancakes… but all dipped in oil and most probably of a poor quality. Something you would be digesting for another 3-4 days. 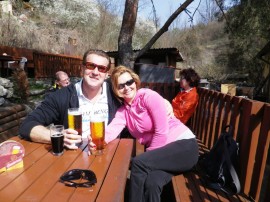 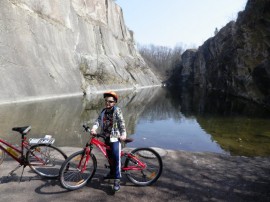 There are a few quarries in the Prokopske Valley. The most beautiful one is Lomy u jezirka,  it’s just a few metres off the main road and we nearly missed it. It is a lake with swans in between rock walls, a nice place to take some wedding pictures ;-) 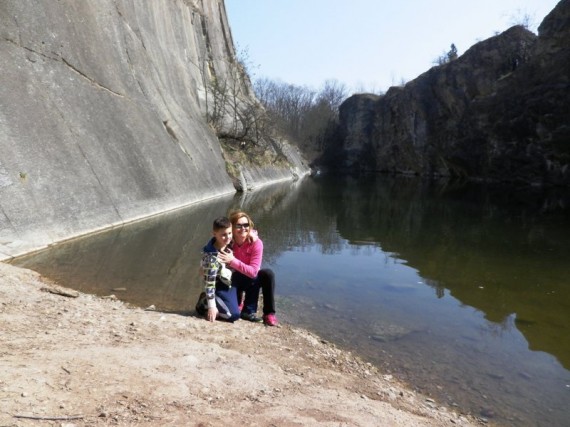 Dalejské and Prokopské Valleys were declared a nature reserve in 1993 thanks to the occurrence of protected plants, deposit of fossils and its karst area presenting the northernmost part of the Czech Karst. In the nature reserve there are many places with beautiful and often unusual views of Prague and other places. It is in the southwest area of Prague. 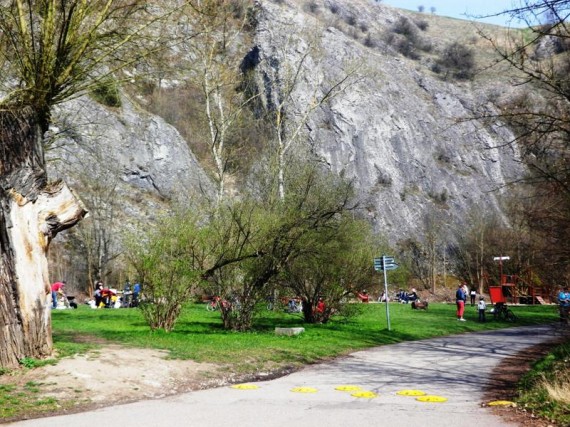 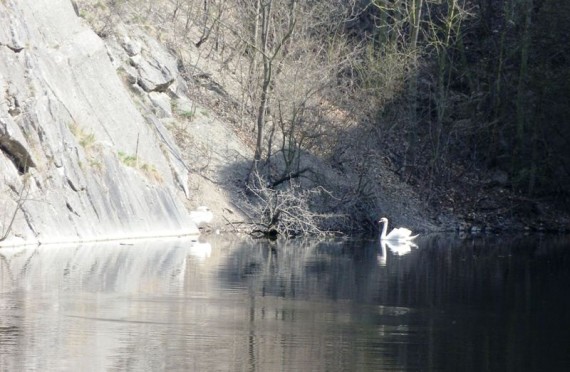