When the weather outside is as terribly cold as it has been for the past few weeks, a lovely activity to undertake with the kids is to visit a children’s theatre. If you speak a bit of Czech and your little ones are between 4 and 10 years old, then the Spejbl and Hurvinek Theatre is definitely a fun option.

For many generations, Czech children have been growing up with the stories and escapades of these lovable marionette characters called Spejbl (the father) and Hurvinek (his smart-alec son). Since 1945 this unlikely duo has had its own, permanent Spejbl and Hurvinek Theatre (Divadlo Spejbla a Hurvinka) which is close to Dejvicka Metro (Green Line). It is quite remarkable that since the invention of these marionettes in 1920 (by Czech puppeteer, Prof. Jozef Skupa*), both characters and general story-lines have undergone very little change. Despite this, they continue to be extremely popular with both young and old. 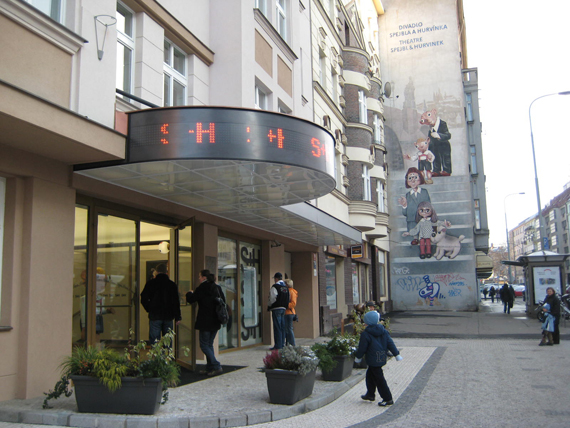 When I was a little girl, my grandmother in Moravia used to have several records of Hurvinek and Spejbl that I used to listen to over and over again without ever really tiring of any of the stories. The voices of the characters were very likable and the things which they got up to extremely funny. Even my mother remembers listening to Hurvinek and Spejbl shows on the radio when she was growing up. 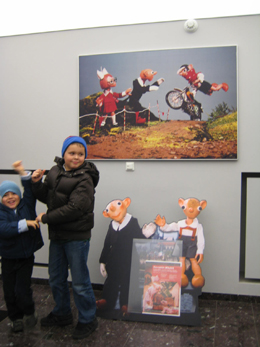 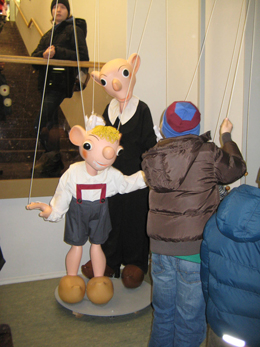 Hurvinek and Spejbl also have a cute little dog called Žeryk who can form words when barking and slightly off-beat neighbours in the form of little Mánička who lives together with her pragmatic grandmother called Bábinka. The stories basically revolve around the lives of these characters and how they interact together. There is always some sort of a mix-up involved in each tale that needs to be resolved and it is precisely this combination of slapstick comedy and clever dialogue which makes the performances suitable and appealing to both children as well as their carers. 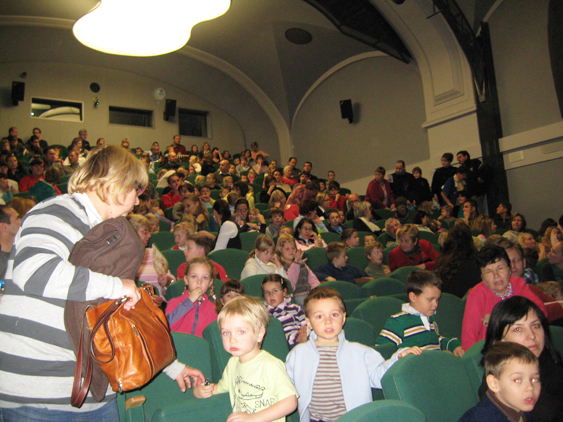 It was just a few weeks ago when the weather was starting to get rather cold, that I decided to take my 5-year-old and 9-year-old son to our first performance. The theatre was very modern, beautifully appointed and completely full. This was on a Saturday when there are usually 2 separate performances. We were very lucky to get tickets at the cash desk due to the fact that someone suddenly had to cancel. To ensure that you get a ticket, I would definitely recommend booking in advance. 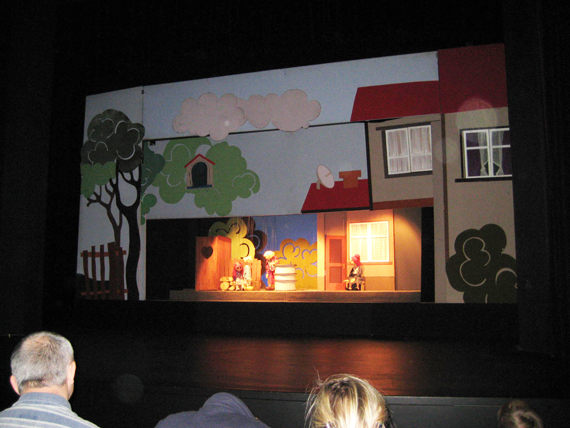 The performance lasted about 1 and ½ hours with two 20-minute breaks in between. The official website of the theatre company recommends the show to children over the age of 4. I have to say that 5-year-old Albert did get a little bit bored on several occasions and my 9-year-old let it be known that he was desperate to go home (despite the fact that he laughed at a lot of the action happening on the stage). So, I suppose that each kid takes it in differently. 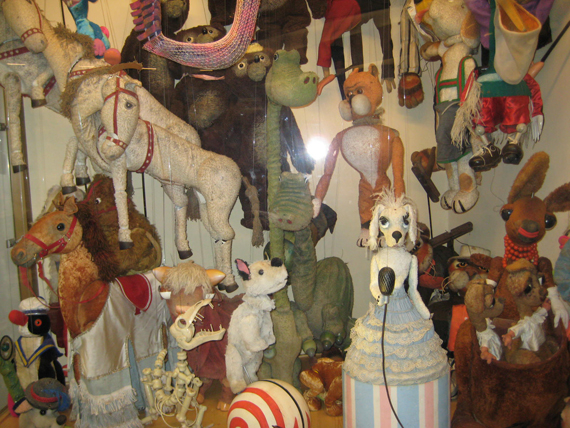 It is important to keep in mind that all shows are only performed in the Czech language and so non-Czech speakers may find it a bit challenging to follow the action at times. Nevertheless, I would still recommend a visit to anyone who is brave enough to go and see a typically Czech marionette performance. The website is also in English, Spanish, German and French so they are open to an international audience. 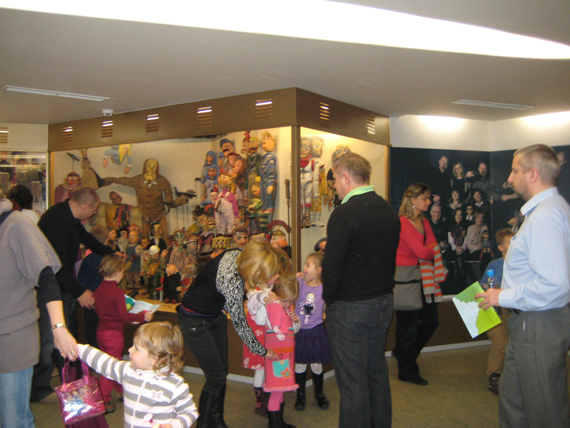 Performances are scheduled for almost every week of the year with monthly timetables and exact dates listed precisely on the official website. The plots do change on a regular basis, which allows for additional visits to new shows as they come up. The cost per ticket is 140 CZK but special discounts are available for people wishing to buy pre-paid tickets (permanentky)

OPEN: Whenever there is a performance which is usually at least 4 times each week including Saturdays and Sundays. The shows often start at 10am on weekdays and at 2pm and 4.30pm on the weekends. Please visit the official website for exact times.

By Metro: Green Line A getting off at Dejvická. It takes less than 10 minutes to walk to the theatre from here. By Tram: numbers 1, 5, 8, 18, 25 and 26 to Hradcanská or alternatively the numbers 2,5, 25 and 26 to Vítezné námestí. By Car: there is limited parking available on the streets surrounding the theatre building.